Today marks the 5th anniversary of the Criterion Collection releases in the UK. Usually, I wouldn’t make such a fanfare about something like this BUT as an avid collector I think it needs celebrating.

The collection landed in the UK with only a few choice titles, the cult documentary Grey Gardens, the award-winning It Happened One Night, Only Angels Have Wings, silent slapstick Speedy, and Tootsie. I immediately bought It Happened One Night as this is a favourite of mine. I already a couple of editions from the US but now I could just collect without the worry of shipping fees!

With releases each month, including the very fancy boxsets for Godzilla: The Showa-Era films as well as beautifully crafted editions such as The Grand Budapest Hotel and Moonrise Kingdom that came with extras that any collector would be very pleased with, the collection now has over 150 titles available in the UK. 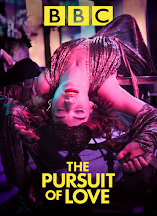