This Autumn has been a strange one, what with the job hunting, doing the whole of LFF and then dealing with the come down which happens every year. I see so many films crammed into a few weeks I need a break. However, there are still a few more reviews from that festival I want to post BUT these might have to wait until cinema release dates. Other than festival films, I haven't ventured out to the cinema much. Missed lots of films too. But these are the ones I've seen over the last 3 months outside of festivals.

After champion swimmer Matthias insults a reporter using a homophobic slur, he is suspended from competing again unless he apologies and coaches the male water polo team for the Gay Olympics. A highly unusual premise and with a host of great characters, this is more than just a feel-good sports film with an LGBTQA+ focus. This is a story about friendship and about supporting your team no matter what. A rather personal story from writer directors Maxime Govare and Cédric Le Gallo, as the latter, who after he came out joined a water polo team just like in the film and felt a part of a community. Not sure if the team did or will get a wide release or whether it’ll get a DVD release at least. 4/5

Missed this one at the cinema and so glad I caught this on DVD release. I wrote about it in depth for Halloween which can be read HERE. 3/5

I don't want to make you read any more than what I wrote HERE so there it is. 4/5

This was a documentary that had been in my Netflix queue since it was released. The mystery behind the disappearance of the feature film Sandi Tan and her friends made when they were teenagers and the man who had helped them but also disappeared was a mystery that had haunted director Tan. But as the story unfolds, home truths are told as well as how Georges Cardona had behaved with other people who he had ‘helped’. Comprising of a mixture of footage from the original film and interviews conducted decades later. The fact that everyone knows each other quite well, there is no holding back which gives the film and the story overall an extra added layer of truth despite the main mystery never being told, only speculation is left. 3/5

I wrote two posts for this, one from the Birds Eye View screening which can be read HERE and one review for Vulturehound. 4/5

I was surprised to see Steven Soderbergh ‘s latest suddenly arrive on Netflix and was eager to watch it BUT it comes across as less intellectual ‘The Big Short’ even with the natural charisma from Gary Oldman and Antonio Banderas the film lacks a direction and instead feels like several different stories that don’t quite knit together and because of the subject just left me very angry and dissatisfied.  2/5

As someone who tries to avoid horror films, I’m usually drawn in if it’s about cults, ghosts or is actually a psychological thriller. As ‘Apostle’ is a period piece set on an island and involves a cult that has kidnapped a wealthy woman and holding her to ransom, I’m going to be intrigued enough to watch it. Finding out that there is something far more disturbing in the barn and that there is a supernatural being, the guardian of the island, who is behind the cult like mannerisms, is horrifying and again, much better than I could have hoped for. A mixture of ‘hell is other people’ and ‘there’s something nasty in the woodshed’ vibe, I was surprised and honestly, scared. 3/5

I love Lake Bell. I loved her first feature BUT I couldn’t get into this story about an arrogant British filmmaker who wants to prove that marriage should be a 7-year contract which is open for renewal from both parties. She essentially wants to prove that marriage is dead. Then there are three couples, who have their own issues but overall love triumphs. The plot is all over the place and soon loses any connection, with everything being neatly tied up at the end and not really making much sense. I’m really hoping that her next film gets a proper release and is more like ‘In a World…’. 2/5

‘The Shining’ is a film that rightly holds its status as one of the greatest horror films and a story I didn’t think needed a sequel but clearly creator Stephen King thought otherwise by writing about what grown up Danny would be like. Apart from being traumatised by events at The Overlook Hotel, he descends into drink and drugs and violence. His turn around and how he harnesses his ‘gift’ to help others feels genuine and it comes as no surprise that there are other kids just like him and that there is a beyond sinister group of people who hunt them. Rose the Hat is terrifying and is one of the best villains cinema has seen in a long time. Praying on children and torturing them, makes this a horror film but it also plays out like a thriller when Danny meets Abra, a young girl with great power. They work together to try and stop Rose the Hat as well as trying to find where they buried their last victim. With nods to Kubrick’s film, this is no nostalgia trip, but more like a last stand. 4/5 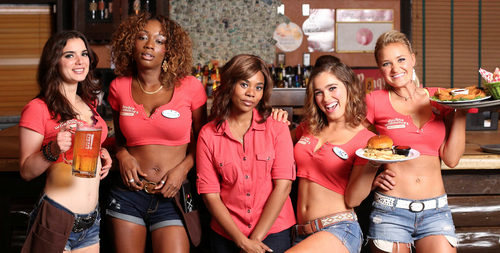 Set over one day, Lisa is the manager of one those sexist sports bars where they only hire girls and make them wear skimpy uniforms. I am not a fan of these kind of bars. However, this film not only humanises the staff, not to say that they aren’t but this is a flipside to how the staff work day to day along with all the bs they put up with. This is also another excellent example of Regina Hall just being brilliant. The more films I see with her in, the better. 4/5

This had been in my Netflix queue a long time. I had originally wanted to see this in the cinema BUT I don't think it got a proper cinema release which is criminal. Paul Rudd and Steve Coogan are a constantly bickering couple who work on a cooking show, Paul and Erasmus. Paul produces, Erasmus is the host. Their somewhat perfect life but by no means not perfect marriage is thrown a curve ball when Erasmus' grandson arrives and has to stay with them. The premise is not new but the characters and how they bond is brilliant. I enjoyed this far more than I thought I would. Very funny and equally frustrating, mostly because of Coogan's character. 4/5

My thoughts on this particular Christmas film can be found HERE.  3/5

One for the Money

In all honesty, this film did not have my attention. I was bored after 10 minutes and I really didn't care what was happening. I thought the voiceover was completely out of place until I found out the film is based a popular book series. There was no chance this film would spawn a franchise. It gets the bare minimum because Sherri Shepherd is great and deserves better. 1/5