In a sea of stories about identity, self-discovery and self-acceptance there was a chance that a story about a rapper experiencing a life changing disease could become like any other film but with a different perspective and with Riz Ahmed front and centre as well co-writing with director Bassam Tariq, we are given a film with layers of these well used story tropes.

From Zed’s politically charged lyrics to his vivid dreams he experiences as his conditions worsens, these only become more apparent as he begins to accept and embrace his roots. This is a way of him becoming freer creatively, despite the fact that he doesn’t get to perform the film’s hard hitting final track, ‘Toba Tek Singh’ which holds more weight than is fully revealed in the film.

Full review over at Filmhounds HERE. 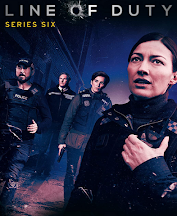